Dave Farley and Allen Holub are two people that I respect hugely when it comes to Software Development. I’ve been following them on twitter for quite a while, and am always taken in about their takes on driving continuous delivery and “lowercase agile” forward. So when both came together for Dave’s Engineering Room (sponsored by Equal Experts, who I work with), it was bound to be very interesting.

In this post I try to outline my key takeaways from watching the chat. It might also just be a rant. I’ve been working in the software engineering profession for about 30 years, so I’ve seen a thing or two. The principles of the agile manifesto and continuous delivery have been hugely influential to my preferred ways of working, so it was interesting to see how my observations compared.

What agile is not

The chat started off with some great quotes:

SAFe is Shitty Agile For Enterprises

Allen himself referred to one of his tweets:

there’s not much he doesn’t like about Scrum, just Backlogs, Sprints, Daily Scrums, Sprint Reviews, POs

Allen particularly disliked the recent notion of adding accountability to agile. “I am going to hold you accountable” sounds like a threat rather than “we value people over processes”.

The problem is that corporate clients are where the money is. And as soon as money gets involved, things get complicated. Scrum trainers have an interest in teaching frameworks and selling courses. There’s no business case to be made for an agile coach to say: “Go and read the agile manifesto, it’s a quick read and easy to understand”.

According to Dave, true agile has been one of the most significant steps in delivering software. Compared to waterfall, it is fundamentally less constrained. Waterfall demands that we know the system and all the possible problems upfront. When doing agile, teams work out how to best tackle a problem and deliver value quickly with fast feedback. But because an agile practitioner can’t answer “when will it be done” right at the beginning, this makes it a difficult sell for “the business”.

At this stage, Allen mentioned one his bugbears: Estimation. In many projects I’ve been on myself, a manager will whip out a Gantt chart and demand to know when will it be finished? What are the deadlines? Are we there yet? Why are we only at 46.43% progress, we are 17 days behind schedule!

Estimating is very hard. I’ve been in many Sprint Planning meetings, played planning poker, and had hours worth of discussion whether a story has a Large or actually Small. And at the end of it, the estimate has to be thrown out anyway because the devs who picked up the story didn’t have the same experience as the devs estimating.

The solution is simple: don’t estimate! Don’t spend the time trying to work out how long something will take! If you really have to, I quite like no bullshit estimation - basically there’s only three types of story:

Any more is wasted effort. Cut it out. I’ve never met anyone who enjoys those long, drawn-out planning sessions, where the whole team sits around a table and spends half an hour discussing a ticket that wouldn’t take much longer to code.

Worrying about deadlines is dysfunctional. Allen made this point about agile:

That struck a chord with me. One of my favourite principles from the agile manifesto is “people over process” - this means people need to be able to make decisions on how they work. As the people who do the work, will best know how to do it.

Allen illustrated this with a story where the Toyota process (lean principles) was used to turn around a GM car manufacturing plant in the US. Within half a year it went from a worst performer to a best performer. Then General Motors had everyone document their processes and dumped it to a different plant, where (no surprise there) it failed spectacularly. A process that works in one context can’t just be transplated. The same applies for Scrum. Allen noted that he thought that when Ken Schwaber came up with Scrum 20 years ago it probably worked brilliantly in that setting. But it is not something that can just be blindly replicated and just assumed as gospel.

I think this is a very apt observation. I’ve had my share of agile coaches teaching developers about sprints and planning sessions, show and tells, backlog prioritisations and retrospectives and standup meetings. It is ironic that these are often referred to as ceremonies and the dictionary definition of ceremony is:

an action performed only formally with no deep significance

Now, I’m not saying that we should do away with all planning or retros or standups, far from it, but these things have to be worked out by the team and decided what works for them, in their context. Note, I am also not saying that agile coaches are useless, I’ve worked with plenty of clever people that really know agile, but there have been a few that ended up beating any joy out of software development with the scrum guide.

Allen mentioned another problem with the ceremonial approach: Don’t wait for the next scheduled retrospective, if something goes wrong, talk about it now. Not in two weeks time when nobody remembers the details anymore.

A very important point of agile is to actively question whether something is working. It is not easy to stand up and say “No! This isn’t working” - but often it is only way to fix something. Agile only works when it is supported by an agile organisation. I think Conway’s Law applies: A rigid organisation will struggle to be agile.

Use Agile to Get Agile

Allen described his work as a consultant when he goes into a new organisation:

Important point - you can’t document that and then put it into another organisation. It needs to happen organically and with context (i.e. just blindly adopting Scrum won’t work).

It is also important not to take “lean principles” to literally. In manufactoring you can’t go back, but in software engineering it is quite easy to undo.

The Risk of Metrics

At this point Dave and Allen disagreed somewhat when they were talking about metrics. Dave can see much value in being able to measure to drive improvements. Allen is a little bit more cautious. In his experience, metrics are easy to abuse. For example, if these numbers become managment metrics it can foster the wrong thing, i.e. engineers pushing out poor code quicker just to improve the “deployment frequency” metric. According to Allen, the best way of looking at metrics is as an indicator, not a hard and fast number. Ultimately, the aim should be to make the customer’s lives better - that is not something that can be measured by a number. How would you know whether you’re doing the right thing? Talk to people.

Software Engineering is hard and needs smart people to be successful. Interestingly, very often it must be noted that the hiring and HR practices are broken. Recruiting people does not work by doing laundry lists of questions asked by HR drones that don’t understand context or demand 10 years of experience in a technology that’s 8 years old. Five rounds of interviews, tests and exams where people have to recite algorithms by heart are pretty pointless. 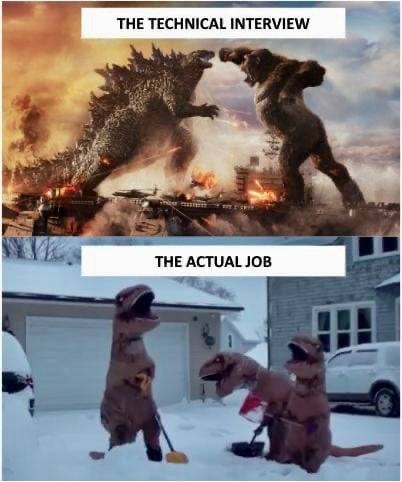 Allen and Dave discussed that HR abandons trust too often. There appears to be a myth around that when people’s back is turned that suddenly everyone turns into a slacker. In reality, people generally won’t abuse trust. And underperformance is often a problem of training and mentorship (or lack thereof) and absolutely does not get fixed by threatening to fire people or putting them under extra scrutiny.

Why can’t hiring be agile?

This got me thinking, isn’t doing things upfront the antithesis of agile? But how else could you describe a working relationship if a candidate has to prove that they can deal with every tech stack, framework and algorithm before they even start a position? When interviewing, technical skills should not matter so much, typically people will pick those up quickly. Allen goes as far as saying that the drive of getting children into STEM to the detriment of all other subjects will lead to worse software engineers. It is not the technology that matters, it’s interacting with people. The better engineers can communicate, the better a team will perform.

To that end, teams should do their own hiring and work out “can I work with this person”, not look for “rock stars” or “ninjas”. Incidentally, Dave has a similar take in one of his videos on software rockstars. I keep thinking wouldn’t it be nicer for everyone involved if hiring became more agile and “tested in production”?

Software Engineers have a habit of forgetting the simplicity of agile. All too often are solutions sought in process and technology, when the first thought should echoing the manifesto’s “people over process”. That means talking to people - be that users of the software, stakeholders, team members or colleagues from different teams. The simple solutions are often the most efficient, and that extends to not thinking “We can write a software tool for that” when a few Post-It notes are sufficient.

So using that hook of “simplicity”, the best advice for “doing agile” is:

This is discussed on Hacker News.