Scenario: You’re in a handover session and explain everything in great detail but Dave is too hungover, Jim is on holiday and Jane is at another meeting and Chris isn’t asking any questions and in any case Trevor (who is actually going to be looking after this system after handover) hasn’t been recruited yet.

Wouldn’t it be useful to record the session and make it available?

Now, this piece of writing does not explore whether we should be recording meetings, nor does it attempt to answer the question of whether good documentation wouldn’t be preferable to having to sit and spend hours watching someone droning on about something that could be condensed into a five minute read of a blog post. So…

Assuming it would be useful, how do I got about it?

Yes, I know that pro versions of Zoom, Meet and Teams can probably do this at a click of a button, but as luck would have it, we’ve not paid for the enterprise edition or no administrator is around to actually enable the feature.

Assuming I don’t want to spend any money to do it?

Let’s say I don’t actually know yet whether anyone will be finding such recordings useful, and I don’t want to spend money on the off-chance, how would I go about doing it without needing to spend hours research different recording solutions.

If this sounds too contrived, this is exactly the situation that I found myself in recently. To make it even more complicated, I’ll add in a few more requirements: 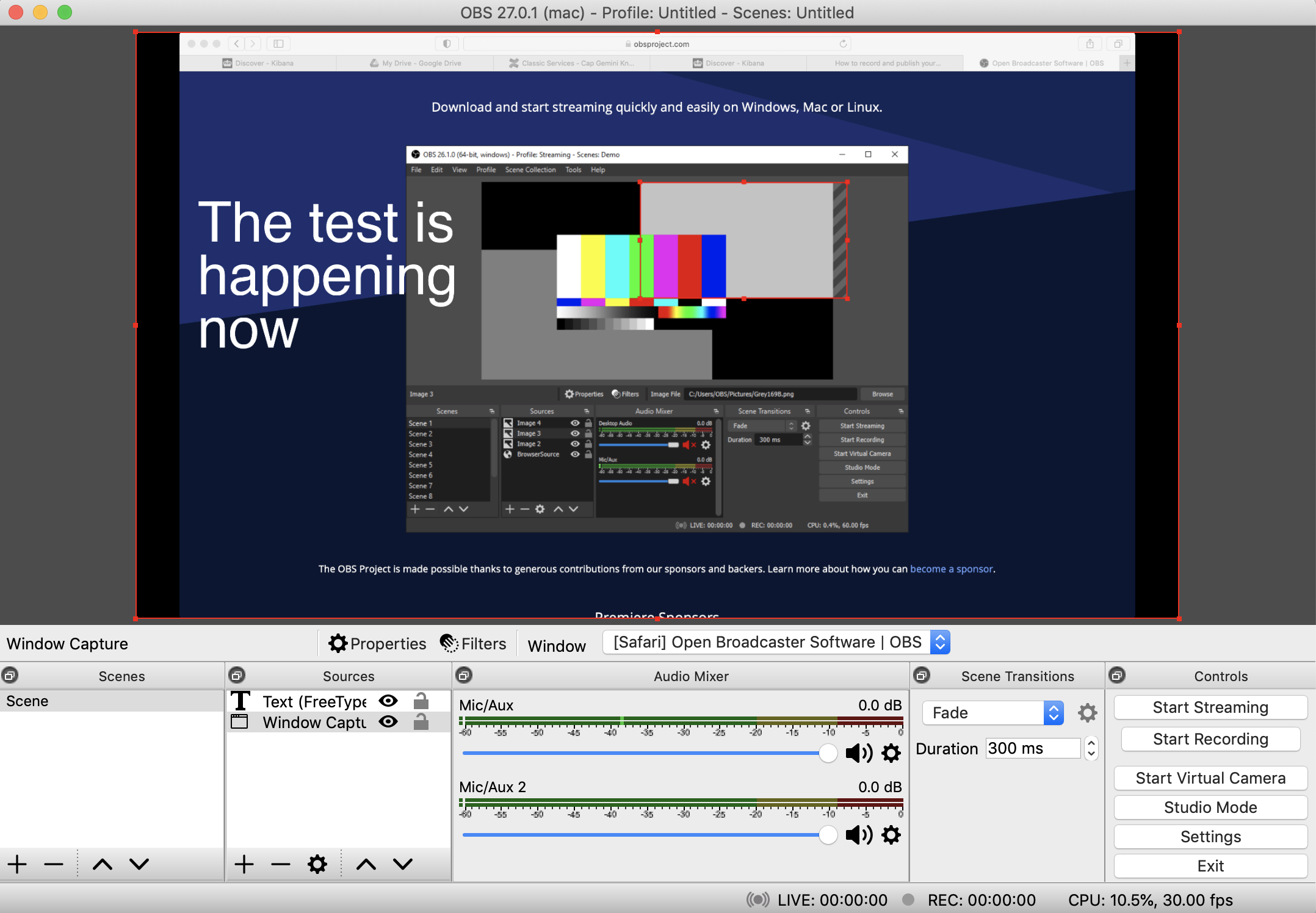 The OBS project was recommended to me when I asked around about how to record my screen. I have to admit, I never heard about it before - and am still not quite sure what I am doing with it. My idea of “wouldn’t it be great to record the meeting and the screen that I’ll be sharing” and “oh, I can’t press ‘record’ in meet” left me with very little time to find a recording solution. So I can quite confidently state that I’m probably using it wrong… Anyway, here goes:

I installed OBS via Homebrew

It took a fair while to install - probably because it had been a while since I ran brew update - but soon enough I was able to start OBS.

Well, almost - the following caught my eye on the OBS QuickStart guide

If I’m honest, initially it was a bit off-putting having to install something else, but I overcame my initial suspicions. I also didn’t relish the fact that this wouldn’t work with Big Sur but I was still a couple of versions behind (Mojave) and needed a solution.

So I installed the app following these instructions and soon enough had a new audio input. This would allow me to record both the audio coming out of the meeting and my own voice. Without it, I’d have to pick one or the other. 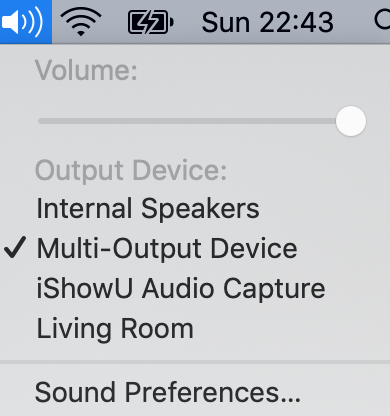 To get both, I followed the instructions in here to set-up my Audio MIDI Setup (to be honest, I didn’t even know Macs had a MIDI setup tool). 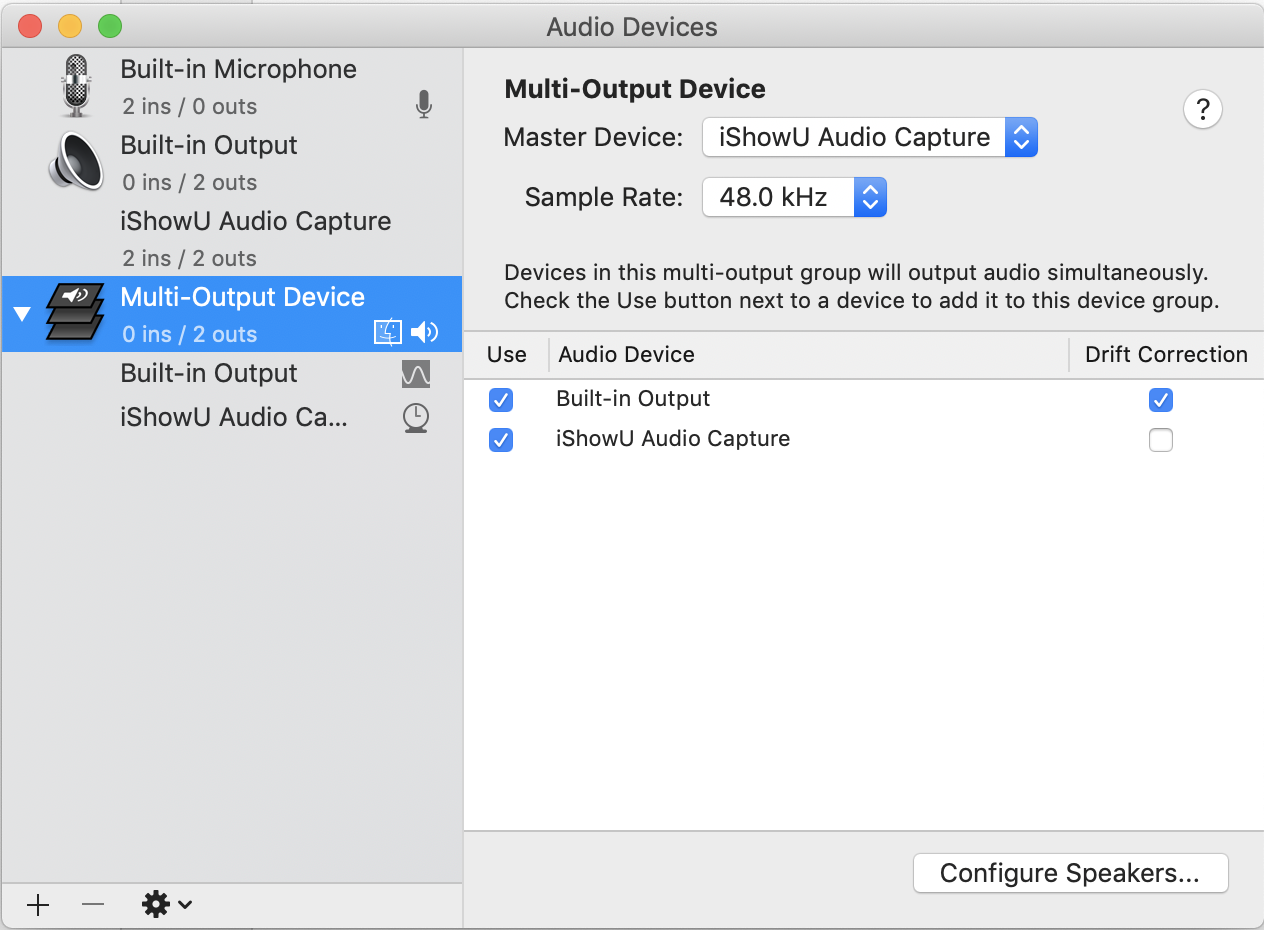 So now I’m ready to record! Couple of things to setup:

Now, continuing in the spirit of not wanting to spend any money, I was thinking about how I could create some titles. Having re-read OBS as part of this post, I’ve come to realise that there probably were easier ways of doings this, but here goes:

What follows are two videos:

Splicing it all together

Finally, I wanted to splice it all together, but for some unknown reason, QuickTime let me down. Although I was able to “Add a clip” - every time I did, QuickTime refused to save. So I installed ffmpeg:

And then I used the following to merge my title track and my recorded screen video (which worked for Google Meet and Microsoft Teams):

First, I found that I had to give the generated title video a silent sound track:

Then I trimmed the OBS video (to remove the “can you hear me?” or “you’re on mute” hilarity at the beginning and “see you in the pub” at the end of the session)

Finally I put the title and the the session together

In this post, I have put together my experiences with creating a video recording of a handover session. I know that I could have done a lot of things differently and probably more efficient but as a cheap and quick way and of recording a a lot of session, it worked for me.